Advertisements An old fashioned, simple, chunky potato soup like Grandma made, with russet potatoes, onion and celery, butter, evaporated milk, a little flour, and seasoned with salt and pepper. Homemade Potato Soup Back before there were things like Cheesy Potato Soup with Bacon and Loaded Baked Potato Soup, there was Grandma’s Potato Soup. Simple, unassuming, not much more […] 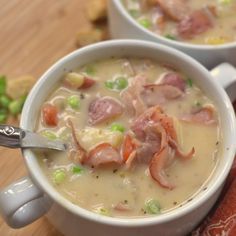 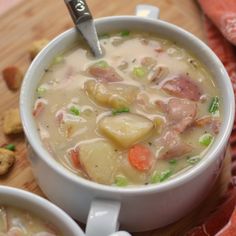 This simple yet delectable soup combines all the delicious flavors of old fashioned cabbage rolls in a fraction of the time. Be sure to read my helpful tips to make the most of this family friendly recipe.

The easiest and yummiest Cheesy Potato Soup - just throw it in the crock pot and you're set for a delicious, warm and cheesy soup everyone loves. 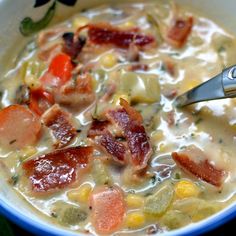 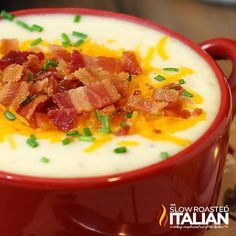 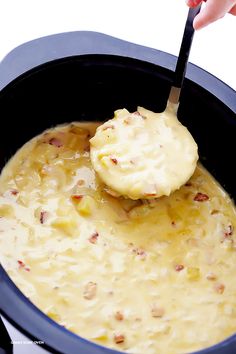 This Slow Cooker Potato Soup recipe is thick and creamy (without using heavy cream), wonderfully flavorful, and made extra easy in the slow cooker! 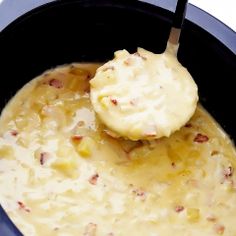 Hearty and packed with bacon flavor, this chowder is the creamy solution to any chilly day. Made with a light cream base, it’s full of potatoes and corn for a satisfying lunch or dinner.

Wouldn't it be great if we could have those favorite dishes from our favorite restaurants anytime we wanted them!! What if we could make them ourselves - would that be the best!!! Well, I am excited to share with you some of my favorite copycat recipes! 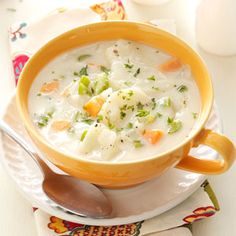 Having grown up on a dairy farm in Holland, I love our country life here in Idaho's "potato country." My favorite recipe for potato soup originally called for heavy cream and bacon fat, but I've trimmed down the recipe. —Gladys DeBoer, Castleford, Idaho 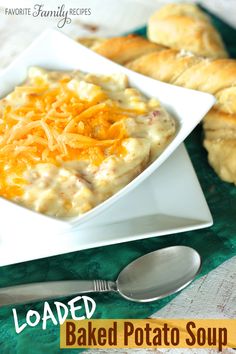 This Loaded Baked Potato Soup is loaded with potatoes, bacon, corn, and cheese. Our hearty recipe is a perfect way to warm up on chilly days. 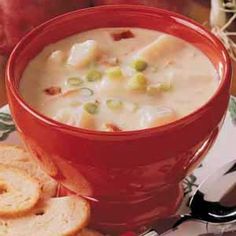 You'll be surprised at the taste of this rich and cheesy easy potato soup. It really is the best potato soup recipe, ever. I came up with it after enjoying baked potato soup at one of our favorite restaurants. I added bacon, and we think that makes it even better. —Coleen Morrissey, Sweet Valley, Pennsylvania 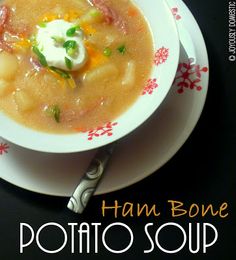 I always love the day after Christmas. I relish watching the kids play with and enjoy all of their presents. In our house, the day is usually a quiet(er) one as we unwind (and often catch a mid-afternoon nap) after the holiday festivities have kind of died down. I must have been a good girl this year because the packages under the tree with my name on them contained gifts that made me just as giddy and excited as my children were on Christmas morning! My lovely gifts from my kids included… 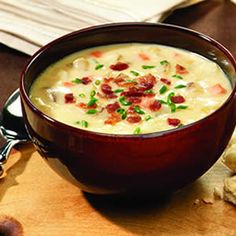 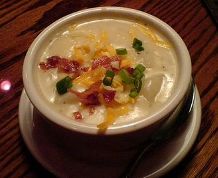