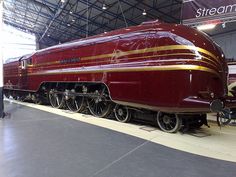 This Loco is STUNNING. Its presence and beauty are beyond words. No picture or video footage does justice to seeing this Beautiful machine there in front of you - and you can touch it, see it, feel it and marvel at its utter splendour. Its a Credit to all who have worked on her. Im so privileged to have seen it - and if you visit the Railway Museum you will too - A MUST SEE ! 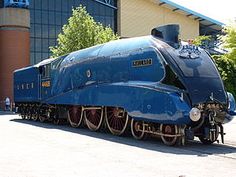 Three-quarters of a century ago, the Mallard, a locomotive built in Doncaster set a world speed record for steam rail travel on a stretch of track just south of Grantham. That 1938 record - of 126 miles per hour - remains to this day. To mark the 75th anniversary of the achievement, the National Railway Museum in York has arranged for Mallard to meet its five surviving sister locomotives from the A4 Class - which ran on the East Coast Mainline from the 1930s to the 1960s. 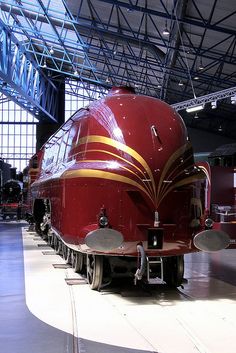 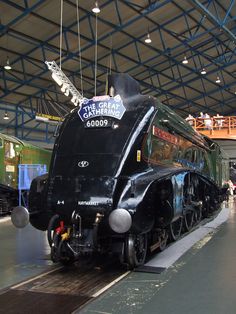 A regular mainline performer for many years, John Cameron's LNER A4 60009 Union of South Africa relishes in the opportunity of taking a break from her railtour work, to take part in the Great A4 Gathering. Looking good inside the National Railway Museum's Great Hall too! 05/07/2013 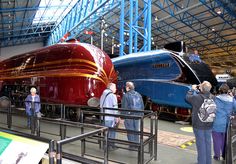 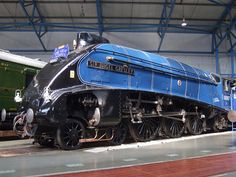 A resident at the North Yorkshire Moors, LNER A4 60007 Sir Nigel Gresley stands proud in her BR Blue livery, inside the National Railway Museum's Great Hall. 05/07/2013 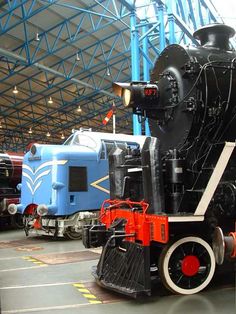 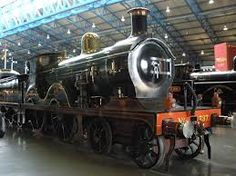